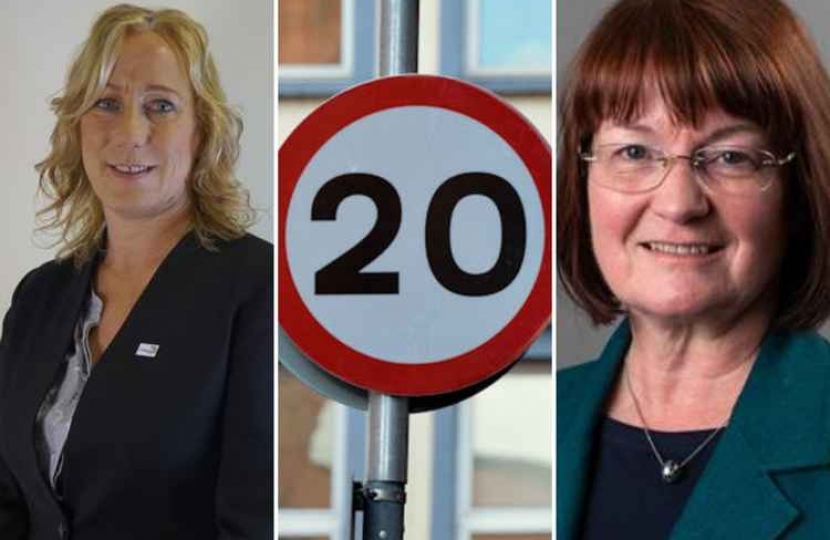 At December’s full Council Meeting, there was a full and thorough cross-party debate where the simplistic Notice of Motion as proposed by Independent Cllr Akers-Smith was challenged from the outset by her member peers from all Parties (including her own).

“Residents do deserve better than this - they deserve the facts”

How disappointing! Cllr Suzie Akers-Smith’s letter, published in the Congleton Chronicle last week was no more than a politically motivated diatribe against the Conservative Group, whilst conveniently ignoring the legitimate concerns held by her cross-party peers regarding important weaknesses in the Notice of Motion she attempted to bulldoze through the December Council Meeting.

So what did EXACTLY Suzie ask for that prompted such concern?

Cllr Goldsmith (a fellow Independent Councillor) explained very clearly, why this was simply not feasible where “default limits” on the extensive, rural and strategic road network are unenforceable.

Many Councillors supported Cllr Goldsmith’s concerns that the significant costs involved must be spent on schemes that are proven to be successful. Unfortunately, the results of the extensive longitudinal Atkins Report (Commissioned by the DoT) and other similar studies, found that 20mph limits were costly but ineffective after the initial installation. In short, it doesn’t take long for drivers to get used to new signs and to sadly then ignore them.

HOWEVER, results for 20mph Speed Restriction Zones (SRZs) are more encouraging and although costly, are worth investigating in urban and residential areas.

Suzie has accused Conservatives of “making a mountain out of a molehill” and “trying to kick the issue into the long grass” - nothing is further from the truth!

Her Notice of Motion was challenged from the outset - first  with an amendment from Labour’s Cllr Laura Crane (Lab) who quite sensibly suggested a delay until the Council’s Speed Management Strategy could be reviewed later this year. I proposed a more specific amendment which included removing the “Default 20mph speed limits” and including 20mph Speed Zones. The following debate was a proper democratic process, properly conducted by the Mayor; Cllr Barry Burkhill (Ind). Following important contributions from Councillors of all political colours, the Labour Notice of Motion was amended by Cllr Phil Williams (Liberal Democrat) to remove the “default” condition and to include “20mph SRZ’s”. In its modified format, the significant majority of Councillors voted in favour of its adoption.

Bearing in mind that Suzie lobbied all councillors in the weeks before the meeting, it is highly revealing that she refused to take notice of their opinions, the research or to alter her Notice of Motion accordingly.

Cllr Akers-Smith’s letter is a reprehensible misrepresentation of the facts, presumably coloured by embarrassment at having the weaknesses of her proposal exposed by many of her cross-party peers. Her letter is correct in only one respect; “Residents do deserve better than this”.

Additional Information: The recording of the debate can be heard in full via the following link: