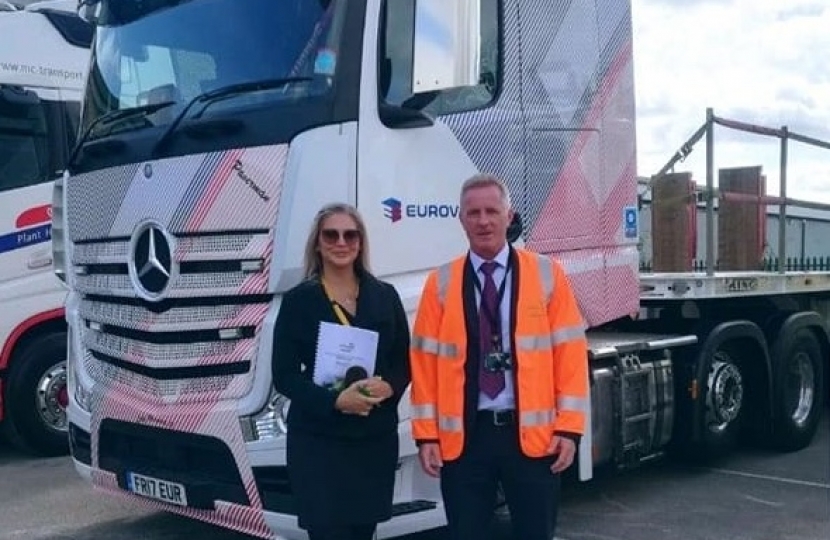 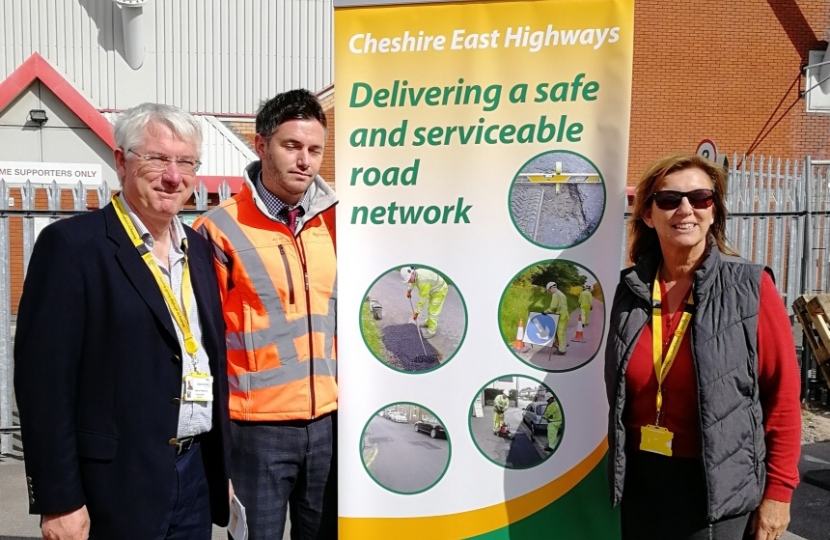 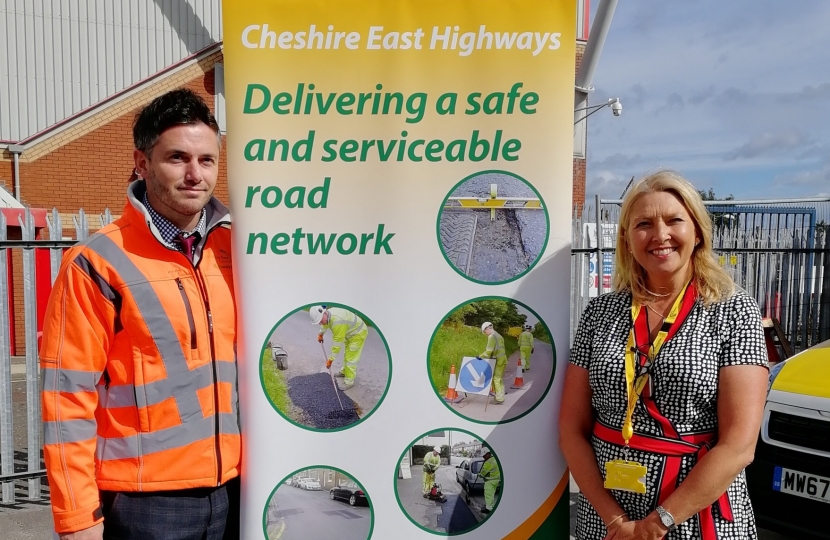 Cllr Kate Parkinson (High Legh), Cllrs Liz Wardlaw and Patrick Redstone (Odd Rode) and Cllr Sally Anne Holland met with a number of the Cheshire Highways Management team to learn more about the 3 different levels of road repairs, how exactly they fix the roads and why there are so many different factors that have to be considered before filling in potholes and resurfacing roads.

The reason for the large venue was immediately apparent as the ‘Heavy Plant Machinery’ required for each level of re-surfacing was on display and its function explained.

Kate will also be joining one of the teams soon for a few hours and helping fill in the potholes in her area.

This event was open to all Cheshire East Councillors as part of their training to help better understand the management of this vital service, the CEC Highways Network, which represents the Councils largest single asset! This training is especially important as Highways issues are most often raised by residents with their local Ward Councillors. 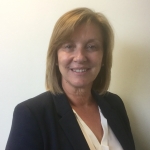 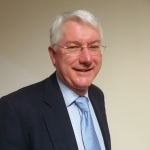 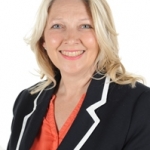 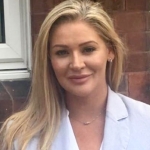