Cheshire East receives £250,978.66 as part of new package to support and enforce self-isolation. 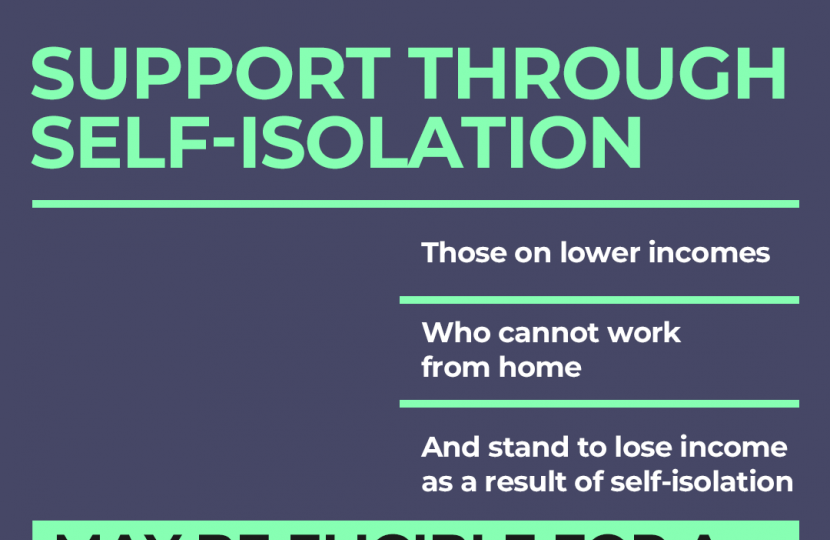 A new package has been announced by Government to support and enforce self-isolation. Where people have been required by law to self-isolate from 28 September, they will be supported by a payment of £500 for those on lower incomes who cannot work from home and have lost income as a result.

Recognising that self-isolation is one of the most powerful tools for controlling the transmission of Covid-19, this new Test and Trace Support payment of £500 will ensure that those on low incomes are able to self-isolate without worry about their finances.

Just under 4 million people who are in receipt of benefits in England will be eligible for this payment, which will be available to those who were required to self-isolate from 28 September.

Cheshire East Council alongside all Local Authorities, will be working quickly to set up these self-isolation support schemes which are expected to be in place by 12 October. Those who started to self-isolate from 28 September will receive backdated payments once the scheme is set up in their Local Authority.

This financial support comes as the government places a legal requirement on people to self-isolate when instructed to by NHS Test and Trace and introduces tougher fines for breaking the rules.

Many people are following the rules around self-isolation, but these steps will make sure more do and help ensure the public do not unknowingly spread the virus.

New fines for those breaching self-isolation rules will start at £1,000 – bringing this in line with the penalty for breaking quarantine after international travel - but could increase to up to £10,000 for repeat offences and for the most egregious breaches, including for those preventing others from self-isolating.

Our Further Financial Support for Jobs and Businesses

We are announcing a package specifically for those businesses which are not forced to close, but face reduced demand due to additional social distancing restrictions.