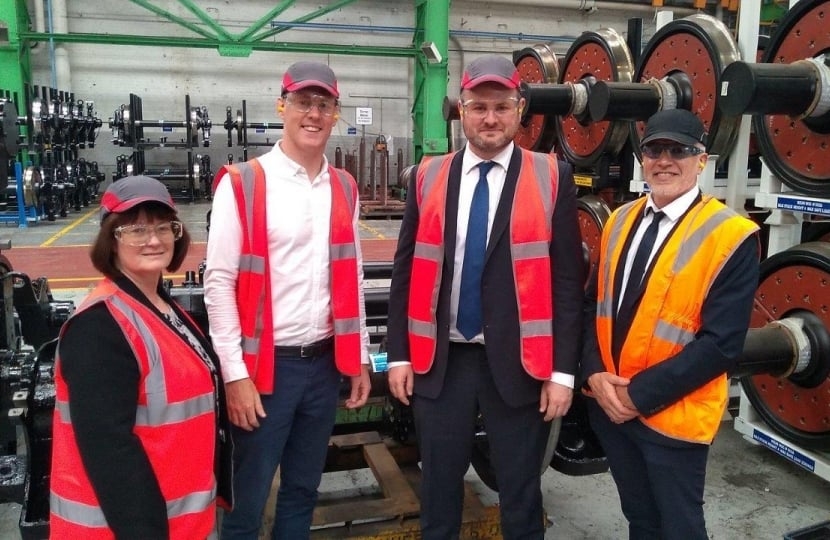 Train Building returns to Crewe! The next generation of Britain’s high-speed bullet trains reaching speeds of over 200mph are to be built on home soil. Britain’s new generation of super-fast ‘bullet trains’ – capable of speeds of more than 200mph – will be designed and built here in the UK, promising massive investment in the north-east and Midlands and thousands of new jobs.

Announced today (9 December 2021) by the government, the state-of-the-art high-speed trains will be built by Hitachi/Alstom JV at their factories in Derby, Crewe and County Durham in a major deal set to support 2,500 jobs across the UK.

For the first time, the trains will be entirely designed and assembled on home soil, supporting jobs in factories across the Midlands and north and in their supply chains, including apprentices and roles for young people – a great example of the government’s Plan for jobs in action. They will also be the fastest and lowest carbon per passenger kilometre trains of their kind in the UK, minimising environmental impacts and helping decarbonise transport.

Today’s announcement comes following last month’s announcement of the biggest ever public investment in Britain’s rail network. Journeys across HS2and Northern Powerhouse Rail, both from London and across the Pennines, will be faster, more frequent and reliable under the government’s Integrated rail plan over the next couple of decades – including shorter journeys between Leeds and Manchester, Nottingham and Birmingham, and London and Sheffield.

Today’s announcement places Britain firmly at the forefront of the high-speed rail revolution with a billion pound investment in state-of-the-art trains serving communities right across the country from London to Glasgow.

Not only does this show we are getting on with delivering better and faster journeys through our plans to upgrade the rail network, this is another landmark step in the delivery of HS2, sustaining 2,500 jobs and levelling up employment and leisure opportunities for generations to come.

Designed in the UK and capable of speeds of up to 225mph (360km/h), the fully electric trains will also serve destinations on the existing network such as Glasgow, Liverpool, Manchester and Birmingham.

The first train is expected to roll off the production line around 2027. Following a rigorous process of testing and commissioning, the first passengers are expected to be carried between 2029 and 2033.

Today is a massive day for HS2. The trains that will be built at Derby and Newton Aycliffe will transform rail travel – offering passengers unparalleled levels of reliability, speed and comfort and help in the fight against climate change. I’d like to congratulate Alstom and Hitachi and I look forward to working with them as together we bring these exciting new trains to passengers across the UK.

“I am incredibly glad to announce that Crewe is going to be back in the business of building trains! The Crewe Works site is set to receive major investment as site owners Alstom have won a landmark HS2 contract to build a new generation of 54 high speed trains in North and Midlands.
Formally owned by Bombardier, the site has not been used for the manufacture of new trains since the early 1990’s and will now be used for the production of the bogeys that will form the base of the new trains. I got to tour the site before and they have incredibly skilled workers working on refurbishment, and now they will get the chance to build again!”

The railways have been at the heart of Crewe for generations. I have talked a lot about the investment and jobs HS2 will bring to the area. That can seem a bit general for people to hear. But this is exactly what I mean. This will be a transformative contract for the site in Crewe and I am incredibly happy that once again, Crewe is back in the business of building trains. The opportunities this will create for the next generation of engineers and other skilled workers are enormous. It is a huge vote of confidence and I know many people and their families who spent decades building trains in Crewe will be delighted at this news. I couldn’t be happier about this.

Designed to be fully accessible, the interior layout will be decided following a two and a half year collaborative design process involving HS2 Ltd, the Department for Transport and the West Coast Partner, the operator of the trains when they first come into service.

HS2 trains will operate seamlessly between HS2 and the existing rail network halving many journey times across the UK. Each train will be around 200m long, with the option to couple 2 units together to create a 400m long train with up to 1,100 seats. 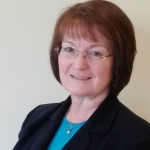 Government Plans set out this week, put protection of the environment at the heart of development

Plans to ensure wildlife can be better protected and enhanced in developments have been set out in a consultation launched today by Environment Minister Rebecca Pow. The proposals set out in the Biodiversity Net Gain consultation will help communities, planners, developers and Local Planning Auth