Government Plans set out this week, put protection of the environment at the heart of development 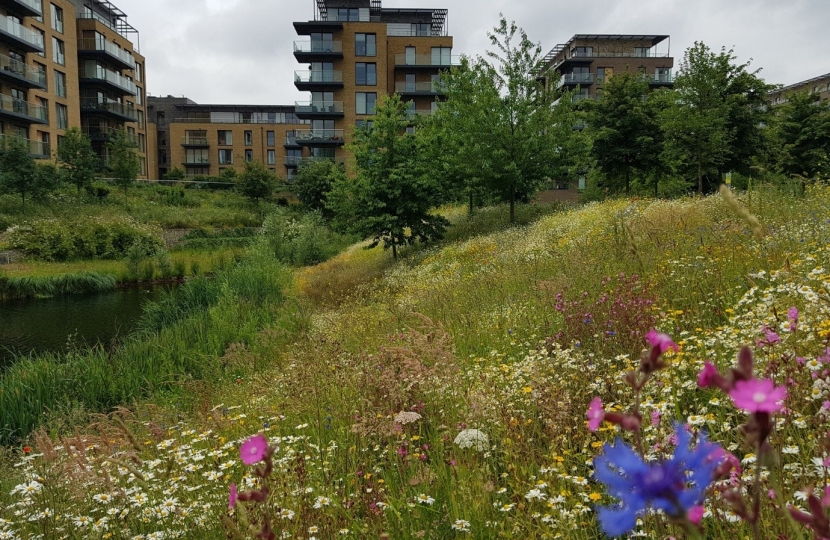 Plans to ensure wildlife can be better protected and enhanced in developments have been set out in a consultation launched today by Environment Minister Rebecca Pow. The proposals set out in the Biodiversity Net Gain consultation will help communities, planners, developers and Local Planning Authorities ensure new developments are “nature positive” – which means putting nature and biodiversity gain at the heart of all decision-making and design.

Biodiversity Net Gain is an approach to development that leaves biodiversity in a better state than before – protecting existing habitats and ensuring that any impacts on biodiversity are compensated for with natural habitat and ecological features over and above what is affected.

Developments will have to be delivered in a way which helps to reduce and restore any biodiversity loss during the building phase, and crucially also deliver a 10% boost to the area’s biodiversity. It will help deliver thriving natural spaces for local communities and is a key plank of the Government’s plans to build back better from the pandemic and to help level up all parts of the country.

The Government has also announced a new funding pot of over £4 million to help Local Planning Authorities and other local authorities with planning oversight, to prepare for Biodiversity Net Gain which will become mandatory two years after Royal Assent of the Environment Act.

The funding will help Local Planning Authorities expand ecologist resource and upskill ecologist teams, increasing their capacity to work with developers and communities to provide biodiversity gains by helping restore wildlife, plants and landscapes after building work has taken place. This can take place on the site, elsewhere in the local area or, if this is not possible, by purchasing credits for nature restoration elsewhere in England.

The consultation and associated documents being announced today have been developed with advice from the government’s statutory nature body, Natural England.

The mandatory Biodiversity Net Gain requirement will help to achieve better outcomes for nature and people by making sure developers play their part in reducing habitat loss and investing in mitigations to protect the environment.

The consultation is asking developers, planning authorities, environmental professionals, landowners and other interested parties for their views on the details of how biodiversity net gain should be delivered when building new housing or commercial development.

While some developers, planning authorities and practitioners have already been following a Biodiversity Net Gain approach voluntarily, or in line with local planning policy, the proposed standardised, mandatory approach would give them clarity and certainty on the Biodiversity Net Gain requirement and how to help enhance the environment through development.

The consultation closes on 5 April 2022 and can be found here.

Today’s announcement is part of the Government’s commitments aimed at tackling threats to biodiversity and climate change backed up by the Environment Act.

Professor Swaran Singh has agreed to conduct a one-year review of the Party’s progress on implementing his recommendations.