Honorary Aldermen and Women honoured at Tatton Park for over 200 collective years of public service! 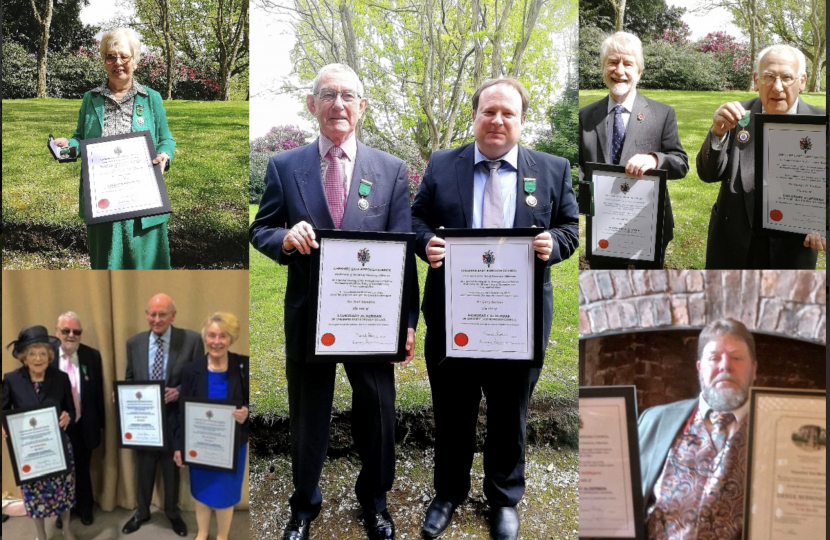 At Tatton Park yesterday 14 former councillors were invited to become honorary Aldermen and women for the Cheshire East Borough. Of these 12 were past Conservative Councillor Colleagues. This ceremony was supposed to have taken place in 2020 but the vagaries of the Covid-19 Pandemic put paid to that until yesterday. All 14 ex-councillors had served on Cheshire East Council since its inception in 2008 but of course many had also served considerably longer on the predecessor authorities; Crewe and Nantwich, Congleton and Macclesfield Borough Councils and in some cases, on Cheshire County Council as well.

”Every single one of you has served on Cheshire East Council since it started - A total of 154 years of public service which is a phenomenal contribution of itself.

However I’d like those of you that can, to cast their minds back a little further.

In 2007 I was invited to attend a meeting of  Conservative Councillors at Nantwich Football Club to discuss the splitting of Cheshire County Council into its East and West unitary components. I know that similar meetings were being held by other political groups for exactly the same purpose.

The venue was large and crowded as Borough Councillors and County Councillors debated the demise of the two-tier system and to put it bluntly, how best to manage a new system of governance that needed far fewer councillors! A great many of you here today have therefore not simply served Cheshire East but have served considerably longer on the predecessor borough councils.

We therefore honour today, a group of people who have collectively provided over 200 years of service for the people of Cheshire. You have served in all areas of council life: from Cabinet, to Scrutiny, Planning and Licensing, fostering, adoption, wholly owned companies, outside bodies and so much more.

Of course, long service is not simply allocated, it means that you worked for, and earned the extended support of your own Ward constituents.

On behalf of our residents and Council, I offer our heart-felt thanks”

Following speeches and the presentation of certificates and medals by the Cheshire East Mayor, friends and colleagues gathered together for afternoon tea, to catch up and reminisce.

Those honoured are as follows:

Back Crewe's bid to be the home of Great British Railways!

Crewe at The Heart of Rail

We now need YOUR help!

Out of 42 applicants, Crewe is one of just six locations to make it to the short list - and the ONLY site in the North-West!