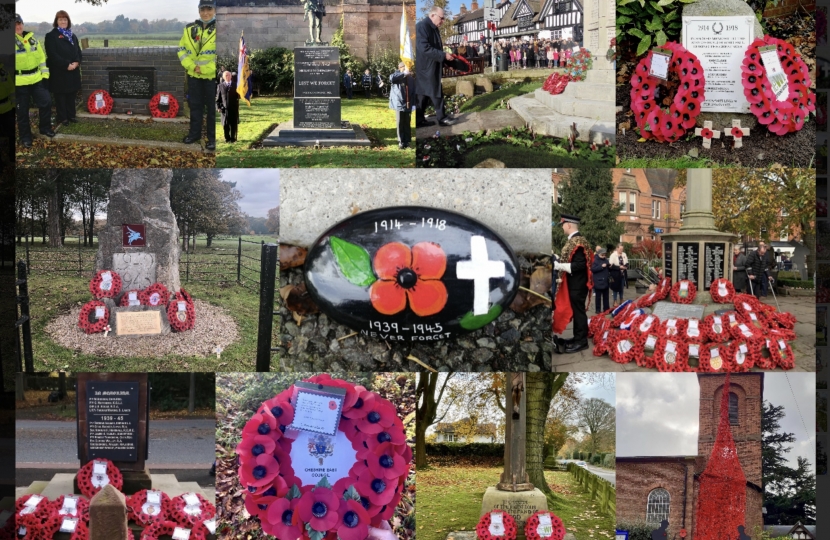 On this Remembrance Day, Councillors attended Remembrance Day Events across the Borough; in Churches, Town Centres, Memorials large and small, in urban and rural locations.

They laid wreaths on behalf of Cheshire East alongside their residents, young and old, to honour the fallen from their own communities and beyond.

The Photo collage above includes images from:

“They shall grow not old, as we that are left grow old: Age shall not weary them, nor the years condemn. At the going down of the sun and in the morning, We will remember them.”