Lesley is currently serving as the Mayor Cheshire East for the mayoral year 2018-19.

The Gawsworth ward consists of 8 parishes: Bosley, Eaton, Gawsworth, Henbury, Lower Withington, Marton, North Rode and Siddington and covers a large geographic area from Macclesfield in the north to Congleton in the south and from the hills of the Peak District in the east to Jodrell Bank in the west.

Lesley is a board member of several bodies, such as Cheshire Community Action and Cheshire Association of Local Councils.  These two community bodies work with Cheshire East to provide advice and services for local people.

Lesley has many interests including local and family history, current affairs, literature, the arts and the natural world.

Cllr Lesley Smetham explains why residents in Macclesfield are standing shoulder to shoulder with the people of Alsager and Congleton over mutual fears for their future welfare when the Household Waste and Recycling Centre in Congleton shuts in September.

Cheshire East Conservatives welcome the opening of the £90m Congleton Link Road - the culmination of the project they launched in 2012. The 5.5km route opened this weekend for walkers and cyclists before its formal opening for traffic on Monday 19th April.

Planning Enforcement in Cheshire East - when a new policy is simply not enough.

Cllr Janet Clowes (Conservative Group Leader) has raised the issue of Planning Enforcement both at Cabinet in January and at Full Council last week seeking answers to residents’ concerns that Cheshire East has failed to address for years.

In a recent article, she explains:

Gawsworth’s Rural Communities respond to the threat of Covid-19

This week Lesley Smetham, Councillor for Gawsworth Ward, describes the amazing schemes that have sprung up in her rural area, where local people have quickly joined together to ensure that residents are supported in these unprecedented times.

Cheshire East Councillors attending Manchester Airport today were invited to tour Concorde - one of the most iconic designs in aeronautical engineering!

The awards recognise high-performing councils which are striving to continually improve frontline services.

First spade in the soil for the Congleton Link Road 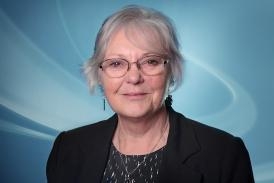