Paul Findlow has been the Conservative Councillor for Prestbury since May 2011.  He was born and bred in Macclesfield and is married to Judith, a retired Primary School Head. They have one daughter.  Paul was educated at King's school Macclesfield; has an honours degree in Law and a Postgraduate Certificate in Eductation(Commendation). Paul is also a member of several professional bodies and societies.

Paul is now retired but was a longstanding University Senior Lecturer in Law and Education.  He has extensive political and local government experience, which includes being the former Leader of Cheshire County Council and Macclesfield Borough Council.  Other responsibilities In the past have included being Lead member for Children's services; Chairman of Corporate Scrutiny and Constitution Committees; Conservative Group Cheif Whip.

Councillors on the CE environment and regeneration overview and scrutiny committee were asked today to discuss highly controversial plans to close Household Waste and Recycling Centres`on the basis of an eight-slide presentation.

This morning, those standing in the May 2019 Election for CEC were out in force at ‘Ruby’s Fund’ in Congleton together with Constituency officers from across the Borough and Constituency Agents. 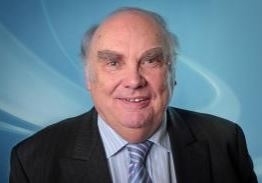